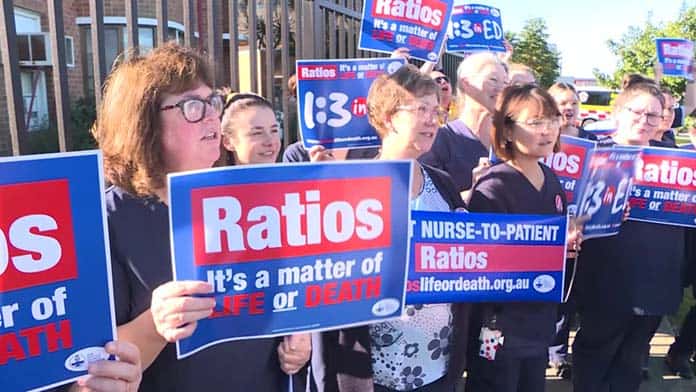 If Scott Morrison hadn’t failed on the vaccine rollout all of Australia would already be vaccinated enough to avoid lockdowns.

The shockingly low rates of vaccination among Indigenous people in western NSW, supposedly a priority group, are another example of the failure—one that still has to be urgently dealt with.

Workers and marginalised communities have paid a very high price for Morrison’s vaccine failure. Western Sydney has been under police and military occupation. Since the middle of August police have imposed a staggering 22,000 fines in NSW, of up to $5000 each. The NSW Police Commissioner has told cops to “go high-level enforcement” and “start writing tickets”, even saying they wouldn’t be held to account if they are wrongly issued.

The unnecessary western Sydney curfew has finally been lifted, with Deputy Premier John Barilaro astonishingly and belatedly admitting that it hadn’t worked and was introduced only because of media pressure. Melbourne’s curfew, however, is still in place.

The restrictions on outdoor gatherings also need to go. We need the right to protest—and we know outdoor rallies can be run safely.

Even NSW Health Minister, Brad Hazzard, responded to media questions about beach goers last week, saying, “Fresh air, we know is the safest place to be at the present time.”

The lockdowns have also left many people in poverty, with Morrison refusing to boost JobSeeker payments as was done for the 2020 lockdowns. ACOSS estimates 90 per cent of those on welfare support have been denied the extra disaster assistance payments for loss of work.

No return to the bosses’ business as usual

It shouldn’t just be left to bosses and governments to set the terms of reopening. Even with high rates of vaccination there can still be outbreaks.

COVID has exposed the woeful state of the health system in every state; the result of years of underfunding and inadequate staffing. “The ambulance service is not coping in any sense of the word, Brett Simpson from the Australian Paramedics Association in NSW told The Saturday Paper in early September. “What we are seeing at the moment are outrageous response times.”

The stress and trauma of working through the pandemic is expected to see many nurses leave the profession. At the beginning of the COVID crisis Australia had fewer ICU beds per person than many other developed countries including Italy, the US and South Korea. That can’t be allowed to continue. The hospital system needs resources and staff to improve the level of health care generally and be prepared for any increase in hospitalisations.

The money should be used to boost health funding and services, and vastly improve staff to patient ratios in hospitals.

Far more also needs to be done to keep workplaces safe as they reopen—and for those that kept operating through lockdown. The government should roll out rapid antigen testing and improvements to ventilation nationwide at workplaces and schools.

Morrison and Berejiklian have failed to offer any such measures. Our union leaders need to be far more pro-active fighting for safe workplaces, and to start the fight over wages and casualisation to ensure frontline workers aren’t just dumped as the bosses rush to maintain their profits.

Bus drivers in Sydney’s west had to stop work over two days, following COVID cases on site, before they were able to get rapid antigen testing in place.

Companies can’t be trusted to keep workplaces safe. Distribution centre workers in the United Workers Union have been forced to take stopwork action several times in Sydney’s latest outbreak to get proper action implementing COVID safe plans after someone with COVID had worked on site.

Here and internationally, the pandemic has exposed all the flaws in the capitalist system. It also revealed how much the system relies on essential workers. Their system needs us, but we don’t need their system of privatisation, racism, and inequality.

We need better union organisation on the job and to begin the fight for action for climate jobs, increased JobSeeker, health funding, wages and workplace safety.

There must be no return to business as usual. For too long, struggle has been put on hold. But Morrison is still lagging in the polls. Stepping up the fight can help finish him off.