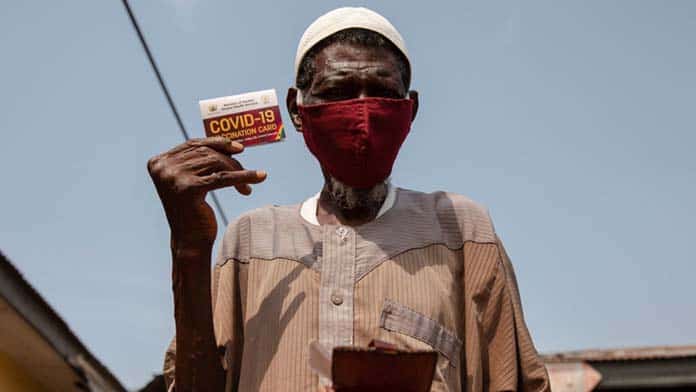 Wealthy countries have received more than 16 times more vaccines per person than poor countries, according to analysis by the Financial Times.

Low-income countries have been relying on Covax, a global vaccine-sharing initiative backed by the World Health Organization (WHO), to secure vaccines. But the initiative has been marred by supply issues, delivery delays and poor organisation.

Covax has so far managed to deliver only 400 million of an already reduced projection of 1.4 billion doses.

To meet its 2021 targets, Covax will need to distribute 1.1 billion vaccines before the end of the year. But there are fears that even if 14 million doses were to be delivered per day, they would overwhelm local health systems and lead to vaccines going to waste.

Rich countries have pledged to donate 785 million doses to Covax, but by September only 18 per cent of these donations had arrived, many just weeks before expiry.

Covax estimates oversupply in rich countries could provide between 1 and 5 billion doses to donate. But Canada, which purchased enough doses to vaccinate its population five times over, shipped its first donation of 3.4 million doses only last month.

The US has pledged 500 million doses to Covax in 2022 but has already begun donating doses to Indonesia and Vietnam where it is vying for influence against China.

As the Pacific reckons with its third wave of the virus, Australia’s closest neighbours Papua New Guinea and Indonesia have vaccinated only 1 per cent and 33 per cent of their populations respectively.

Australia has promised Jakarta 3.5 million doses of AstraZeneca but just 8 per cent of the 60 million vaccines pledged by the Australian government to countries in the Pacific have been delivered.

Instead of committing to produce vaccines for the region, Australia plans to suspend local production of AstraZeneca once the contracted 50 million doses have been delivered.

And as supply issues create chaos for Covax, wealthy countries have been pilfering the stockpile. At the height of its Delta outbreak, Australia bought 500,000 Pfizer doses from Covax.

Now rich countries are looking to deliver booster shots. While most scientists agree that booster shots within six months will benefit the elderly and immunocompromised and can reduce transmission, it is not clear that healthy young people need them to avoid serious illness.

The US has approved booster shots for the elderly, immunocompromised, people with underlying conditions, and against the advice of its own advisory group, for people working in “high-risk” jobs.

Israel has approved boosters for everyone aged 12 and over after five months but just 29.8 per cent of Palestinians are fully vaccinated. And Australia will give additional Pfizer doses after six months while most of the Pacific remains under 10 per cent fully vaccinated.

The WHO has called for a global moratorium on booster shots until the end of the year. “We’re planning to hand out extra life jackets to people who already have life jackets while we’re leaving other people to drown without a single life jacket,” said WHO health emergency director Mike Ryan.

Wealthy countries have an interest in vaccinating the world as low vaccination rates in poor countries could lead the emergence of new, more virulent and vaccine-resistant strains of the virus. But the drive to profit is a barrier.

Billions in public funds have supported the development, purchase and distribution of vaccines. But instead of sharing their technology in order to expand production as quickly as possible, pharmaceutical companies have patented the process in order to profit massively from the pandemic.

Vaccine manufacturers Pfizer and Moderna are expected to record $92.2 billion in combined sales in 2022, almost double the projected profits for 2021. These two mRNA producers alone will control three-quarters of the non-Chinese vaccine market in 2022.

Other vaccine producers AstraZeneca, Johnson & Johnson, Sputnik V and Novavax are also forecast to double in value to a combined $124 billion in 2022.

Vaccine-hoarding rich governments and profit-hungry big pharma are gambling on public health. Should a new vaccine resistant variant emerge, it would take Pfizer and Moderna nearly three years at the current rate of production to produce enough new doses.

Vaccine manufacturers must be forced to give up their patents to rapidly increase vaccine production.