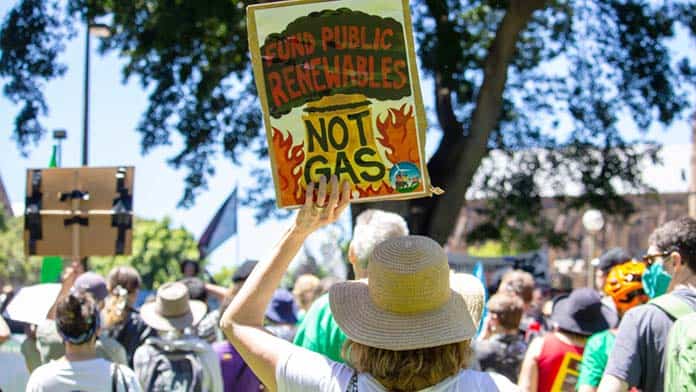 The energy system has gone into meltdown in a market failure of massive proportions. The energy market operator AEMO has been forced to suspend the energy market and take control after private energy companies’ price gouging threatened to trigger widespread blackouts.

In effect, AEMO “re-nationalised the operation of Australia’s energy system”, as Trevor Gauld from the ETU put it. It shows why the whole power industry should be nationalised and put back under public control.

The trigger for the crisis is skyrocketing gas and coal prices globally, combined with breakdowns at a number of coal power plants. These are becoming more and more common as the plants age.

But privatisation and the decision to unleash the market in electricity is also to blame. Energy market rules allow gas-fired generators in particular, which can be switched on and off quickly, to withhold supply until they decide it’s profitable enough to fire up.

As power prices on the energy market went through the roof, AEMO imposed a price cap last Sunday. In response, power companies refused to supply power into the grid and, “Two gigawatts of capacity was suddenly withdrawn from the market by their owners”, Giles Parkinson wrote at Reneweconomy.

This was a shameless act of brinkmanship designed to extract higher prices—and threatened power blackouts. It forced AEMO’s unprecedented act to take control of the decisions about which power stations to switch on and off.

The fact that it is gas and coal that are driving up prices shows why the transition to renewable energy needs to accelerate. Coal plants are bringing forward their retirement dates because renewable energy is now cheaper.

Nor is it true, as Labor Resources Minister Madeleine King claimed this week, that gas is needed as a transition fuel. Battery storage for renewable energy can ensure that the power is always there when it’s needed, along with good planning and coordination of different sources of renewable energy..

But the failure of the energy market also shows why privatisation has been a disaster. It hands control of the power system and prices over to private companies—who only care about boosting profits.

The whole energy system is being rebuilt around renewable energy—with new solar and wind energy replacing coal plants as they retire and a new transmission system to connect renewable generation to the grid.

But instead of ensuring public control through government investment, the job is being handed over to private corporations.

Most new renewable energy projects are being built by the private sector. The Albanese Labor government has announced $20 billion to upgrade electricity transmission, but how much of this will be based on full public ownership is unclear.

Governments built the power industry in Australia, including most of the existing coal power plants. It was only in the 1990s that state control began to be broken up. In Queensland and WA most of the power stations are still state owned.

The transition to renewable energy requires serious planning, with workers in the fossil fuel industry guaranteed new well paid jobs and enough generation to keep the lights on. This requires government investment and control.

But appallingly, the only power plant the government has agreed to fund itself is a fossil fuel project—the $1.3 billion Kurri Kurri gas plant in NSW, a political stunt dreamed up the Morrison government that isn’t even needed. Yet Labor is continuing to fund it.

That money could go towards renewable energy. A windfall tax on gas exporters who are making record profits from surging global gas prices could help to fund what’s needed.

AEMO’s direct control over operating the power stations should stay in place. There is no reason to hand back control over prices to companies who have been caught out manipulating them.

There is easily enough gas being produced to keep domestic prices down. But companies would rather export it because they can get higher prices. The government should simply force them to hand it over, and cap the price. The gas companies will still be making huge profits.

But the energy crisis also opens an opportunity to phase out coal and gas far more quickly. Power stations that can’t operate profitably or that demand huge power prices should be nationalised and replaced by renewables immediately.

We need to kick the market out of the energy industry, and take control of production, pricing and distribution. That means building 100 per cent publicly-owned renewable energy.